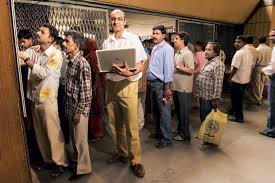 Srikanth Nadhamuni, Technology Head, Aadhaar (UID) is a former Bay area entrepreneur and a former president of ICA (Indians for Collective Action). He moved back to India in 2002, and together with Nandan Nilekani co-founded the eGovernments Foundation.

The eGovernment Foundation created an eGovernance system to improve the functioning of City Municipalities leading to efficient delivery of services to the people. Its products have been successfully deployed in more than 275 Municipalities across the country, including Delhi, Bangalore, Nagpur, and Kanpur.

In 2009, Srikanth was appointed as the head of technology for Aadhaar to setup the UID (Unique Identification) Technology Centre in Bangalore, and lead the development and guided the implementationj of the Aadhaar platform. India’s UID or Aadhaar project is the world’s largest National ID project, giving a biometric based ID to each of the 1.2 billion Indian residents. It has the potential to transform the delivery of government services esp. to the rural poor by improving the efficiency of several benefit schemes such as NREGA (National Rural Employment Guarantee Act) and PDS (Public Distribution System). This e-governance project of unprecedented scale and complexity has been driven by a group lead by Nandan Nilekani, chairman UID Authority of India